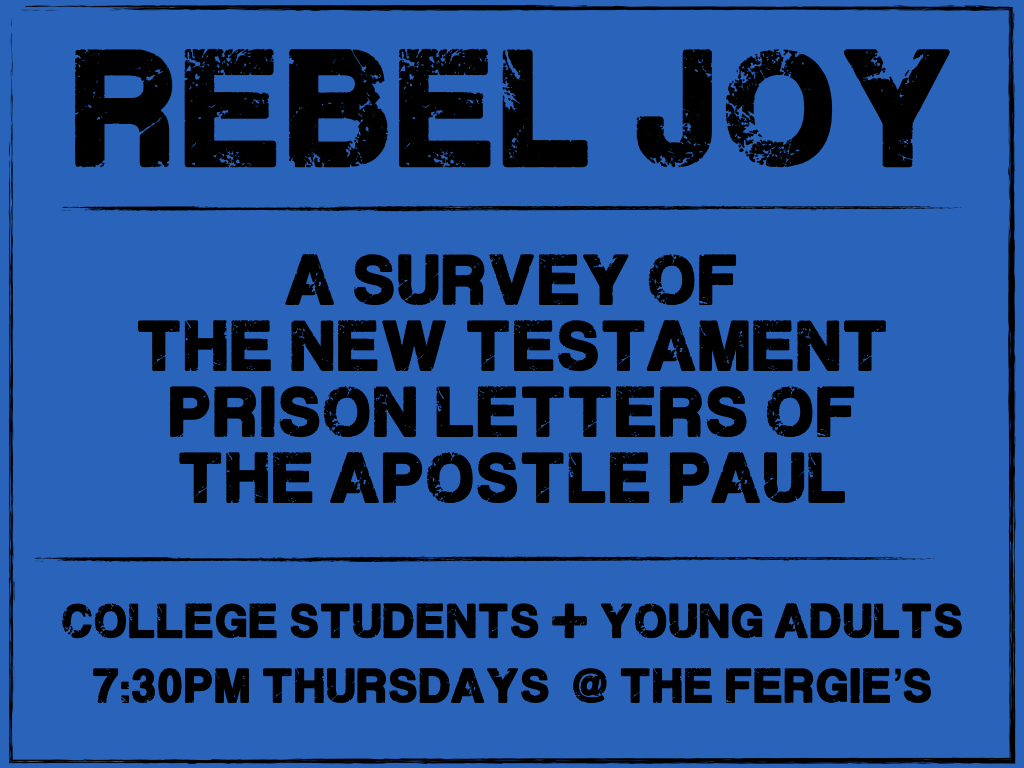 You're invited to join us this Fall as we take a dive into some important documents of the New Testament.

The Apostle Paul was Jesus' ambassador to the Roman Empire, and he was imprisoned for proclaiming the Gospel of Jesus.

And it was during these times that he penned some of his most important letters to groups of believers struggling to figure out what it meant to live out the teachings of Jesus of Nazareth in an Empire that was growing increasing hostile to his message.

So join us Thursdays at 7:30pm (beginnng Sept 9th) as we look at the letters of Philippians, Colossians, Philemon, and Ephesians. The plan is to look at a chapter a week and so get a sweeping survey of these letters, and to seek to apply them to our lives.