At Mercy Hill Church, we embrace a core commitment to the Gospel of Jesus

We love the story of God’s rescuing and redeeming love in Jesus. The Gospel is the announcement–-the Good News-–of all that God has done to redeem and restore this world through Jesus Christ. 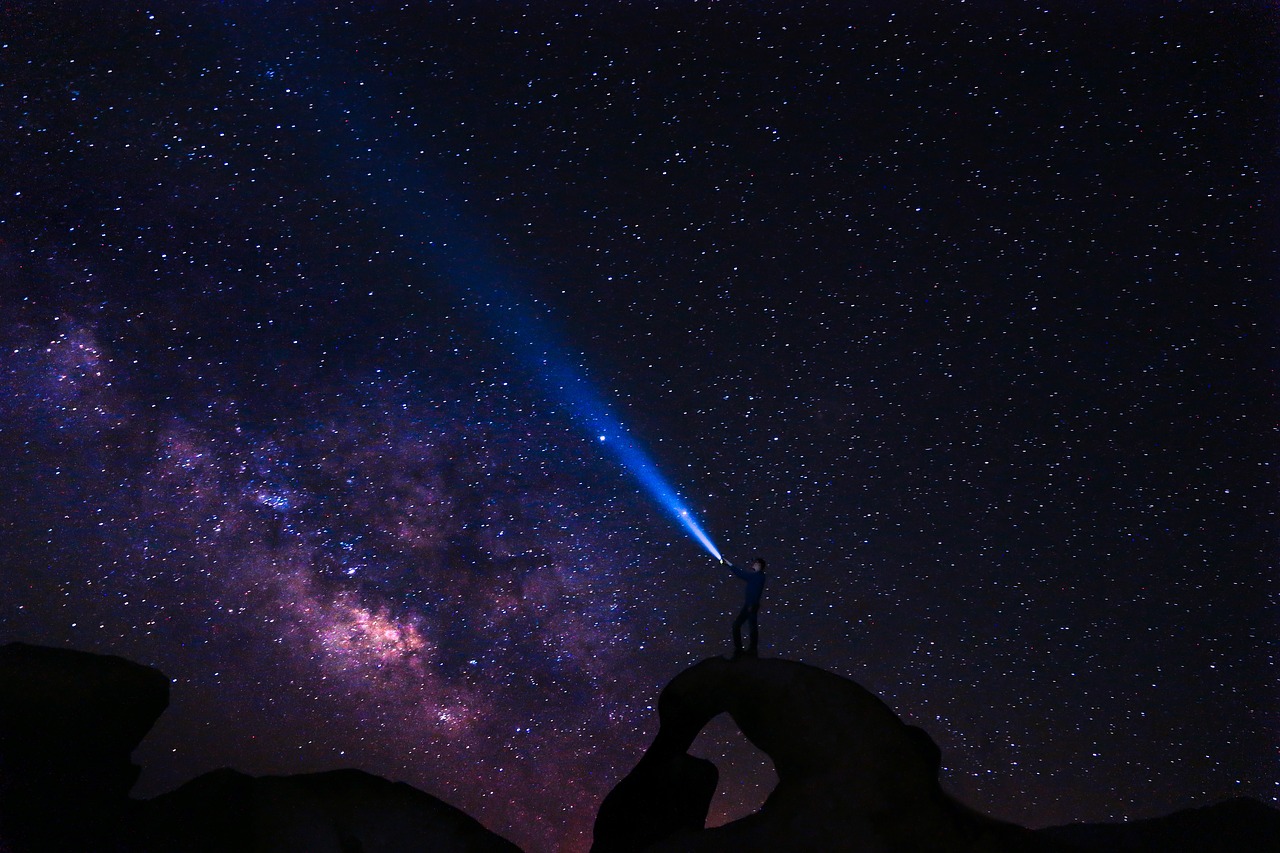 Everybody loves a good story. In fact, stories are not only what we fill our lives with, but they are the very stuff of life itself. Listen to how one writer put it,

“The way we understand human life depends on what conception we have of the human story. What is the real story of which my life story is a part? (Lesslie Newbigin)”

The Scriptures offer the world the real story–-true story of the world-–and it is only when we see ourselves within this story do our own individual stories begin to make sense. It gives us a way of viewing the world that helps us answer all the big questions of life, questions like….

Zooming Out: The Wide Angle Lens of the Gospel

When we zoom out to get the picture of God’s story, we see the Scriptures answering these questions telling the true story of the world in four major acts: Creation, The Fall, Redemption, & Restoration.

God created the world, and everything in it was good (Gen. 1:31). “The God who made the world and everything in it, being Lord of heaven and earth, does not live in temples made by man, nor is he served by humand hands, as though he needed anything, since he himself gives to all mankind life and breath and everything” (Acts 17:24-26). The Psalmist marvelled,

“When I look at your heavens, the work of your fingers, the moon and stars which you have set in place, what is man that you are mindful of him, and the son of man that you care for him?” (Psalm 8:3-4)

God’s good creation included the creation of the human race whom God established as kings and queens serving under him to spread his kingdom rule over the face of the earth (Gen. 1:26-28).

“Yet you have made him a little lower than the heavenly beings and crowned him with glory and honor” (Psalm 8:5).

But our first primal parents rebelled against their Lord and tore the peace and harmony of creation with their rejection of God’s wisdom (Genesis 3). Sadly, humanity has followed in their footsteps resulting in alienation from God, from another, from the self, and even from creation.

This was the great Fall from humanity’s exalted position, leaving strife, hatred, and selfishness in their wake. Nothing is the way it is supposed to be. And everyone can feel it  deep down in their bones.

The Fall affects us physically. Decay, sickness, and death are now mar creation as even our physical environment groans.

The Fall affects us intellectually as we become confused in our thinking about life, and even use our minds to invent, excuse, and justify evil.

The Fall affects us socially. The evidence of breakdown in every dimension of life – family, friendships, ethnicity, sexually, international relations – is as common as the everyday news.

And of course, the Fall affects us spiritually. We are alienated from the life of God. Every sin is an act of cosmic defiance.

But God, who is rich in mercy, determined to intervene in an unexpected way. He promised that One would come who would undo the works of evil (Ephesians 2:4; Genesis 3:15).

God called Abraham and his wife Sarah, an elderly childless couple and made them the beginning of his plan to bless all the nations of the world and to bring healing to his creation (Genesis 12:1-3). Abraham’s family became the nation of Israel who was called to be a light to the nations, a model society through which the world would be blessed. But Israel failed miserably in her calling. Instead of being a light to the nations, she became corrupt and led others into sin and rebellion (Jeremiah 2:12-13; Ezekiel 5:5-6).

Then God sent his Son, the Lord Jesus Christ, to be born and to fulfill the mission given originally to Adam and then to Israel. Jesus succeeded where they failed (John 4:34; 8:46). He lived the life that we are designed to live, a life in harmony with God and full of grace and truth.

In fact, he became obedient to the point of death, when he laid down his life on the Cross (Philippians 2:5-8).

In this great act of love and sacrifice redemption, Jesus was fulfilling God’s plan to “unite all things in him, things in heaven and on earth” (Ephesias 1:7-10).

“For in him all the fullness of God was pleased to dwell, and through him to reconcile to himself all things, whether on earth or in heaven, making peace by the blood of the cross” (Colossians 1:19-20).

Zooming In: The Narrow Angle Lens of the Gospel

Perhaps the most famous verse in the Bible is found in the Gospel of John,

“For God so loved the world that he gave his only Son, that whoever believes in him might not perish, but have eternal life” (John 3:16).

When we zoom in with the narrow angle lens of the Gospel, we see that at the heart of the Gospel is the historical fact that Jesus of Nazareth died for our sins and rose again from the dead. As the Apostle Paul declared,

This Good News Jesus commissioned to be preached throughout the world (Matthew 28:18-20).

The heralding of this gospel gives both content (what Christ has done for us) and calls for a response. “Repent and believe in the gospel” (Mark 1:14-15).

In other words, we’re called to turn from living for ourselves and to trust in the Good News about all that God has done to redeem and restore the world in Christ.

“Repent therefore, and turn again, that your sins may be blotted out, that times of refreshing may come from the presence of the Lord…” (Acts 3:19-21).

“For Christ suffered once for sins, the righteous for the unrighteous, that he might bring us to God” (1 Peter 3:18)

The Good News is that Jesus offers to forgive our sins, to give us eternal life and entrance in the glorious Kingdom of God in the coming new creation.

Zooming Back Out: Where History is Headed

Though the original good creation was vandalized by human sin and rebellion against God (Romans 8:20-22), God nevertheless redeemed his creation through Jesus Christ. The Bible speaks about the time of “the restoration of all things” in Christ (Acts 3:19-21).

“He will wipe away every tear from their eyes, and death shall be no more, neither shall there be mourning nor crying nor pain anymore, for the former things have passed away” (Revelation 21:1-5).

It’s a glorious story. And when you grasp it, or rather when it grasps you, it changes everything. 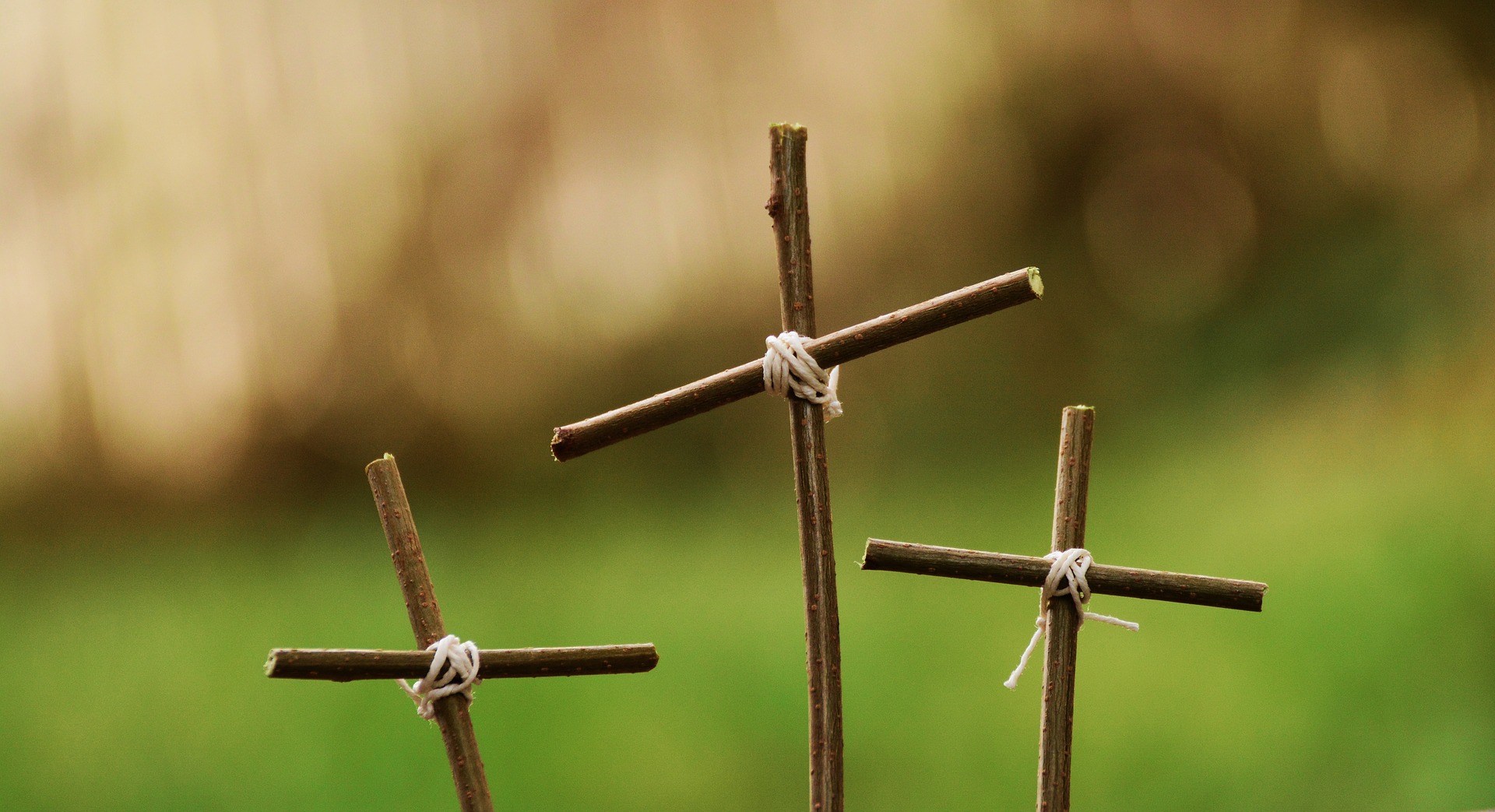 The story of God invites us into it. It helps us make sense of our own stories.

Indeed, when you trust in the Hero of the story, Jesus redeems our story in all its brokenness and all its potential glory.

When we believe in him, we find that we have been made new as well. We become Gospel-formed people. Our individual stories become a part of the greatest story every told.

And we begin to see everything in a new light.

As C.S. Lewis, the former atheist-turned-Christian at Oxford University, once said,

“I believe in Christianity as I believe in the sun; not only because I see it, but because by it I see everything else.”

At Mercy Hill Church, we love the story of the Gospel of God’s rescuing and redeeming love in Jesus.

And it is this same Gospel that forms us into a Gospel-formed community.